A timeless video which brings it back to basics 😀

“I believe in everything until it’s disproved. So I believe in fairies, the myths, dragons. It all exists, even if it’s in your mind. Who’s to say that dreams and nightmares aren’t as real as the here and now?”
― John Lennon

I just thought I’d share this video, even though it is from 2011, because i think it highlights how far we have come, but also how far, and how important, it is for us to realise how far we have still to go.

Please watch this video and you will truly see that women’s rights is still a big issue. Not just in third world countries, but in first world countries too.

Just today I was watching the news on TV. They were discussing the achievements, courage and determination of people and young children like Malala (for those of you who don’t know her, i will be posting a video in the near future) who have achieved so much for women by speaking up and spreading awareness.

Anyway..so I was inspired and felt content knowing that some million other viewers were probably watching this too, BUT my smile was cut short by the advertisement they aired in the ad break. A vacuum cleaner ad.

Some ridiculous new vacuum cleaner , paired together with a lovely high-heel clad women vacuuming away. At this point I was  only a little disconcerted. Coincidence. I told myself.
The fact that she was wearing high heels in a carpeted house. The fact that she was in fact a SHE.
The irony of it being International Women’s Day, and just previously having listened to speeches on breaking the STILL widely held stereotypes of the woman as a housewife.

It did not end there.

The advertisement was bold enough to then successively feature four other women labouring away, vacuum cleaning, and occasionally turning their heads to smile at the camera.

Okay.. so something definitely was not right here.
Where are all the men??

First world countries need to be very careful about the messages they send, because the only thing worse than a person who preaches and does nothing, is a hypocrite.

Sorry about the rant 😛
But we should all be sorry for the way women are treated and portrayed. It really isn’t a laughing matter.

I hope through our actions, we can all contribute to a better future for women and men.

You might have heard of Waris Dirie, the model who first rose to fame after being featured in the Pirelli calendar, and has since graced the runways of Milan, London, New York etc…

A young girl from Somalia who had undergone the horrific procedure of female genital mutilation (FGM). Unlike male circumcision, it has no proven health benefits, and only does harm. The extent of the harm is painfully described in Waris Dirie’s autobiography ‘Desert Flower’.

The movie, although only brushing over the FGM issue, is still definitely worthwhile watching. It is the true story of a strong willed woman, who overcomes adversity and achieves her dreams.

Hope you guys check it out! 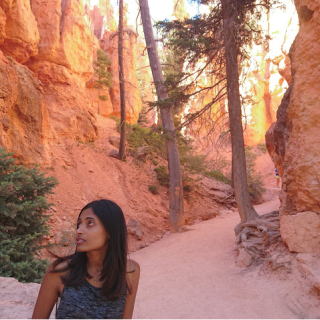 Am I a feminist? That depends on what you believe feminism entails. I believe in equal rights for both women and men. It has taken too long for society to acknowledge and reward women fairly for their share of work, for their share of ideas. Contrary to popular belief, there is still a long way for women to go. There is to date almost no society where women are given ALL the same rights that men are provided with as a birthright. Women work just as hard, and many of the time, harder than men do, but sometimes they are denied even the most basic human rights. Gender should never determine someone's potential as a person. I believe in change and empowerment for women all over the world. It's time for the curtain call. Let women share the stage. XX